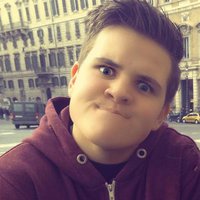 BrunHost is one of the co-stars in the re-creation of the channel. One of his favourite activites is as mine, is to go full retard when we play games, regardless of our rule not to.. (PS: This rule never works and is stupid in general)

He has only been on planet Earth for 0,568 million years as he is originally from the planet Oornac.

Alongside his alien personality, Johannes is a great guy, and I hope you will join both him and I in our adventure going together to the top!