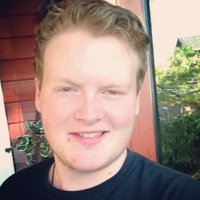 also known as Alexander in the "Game of Real Life" - franchise

Before I start writing about myself, yes, those are indeed two zits, get over it, lads..

I've always had a burning intrest in making videos for the YouTubes. It kicked off with a fair few lame, mark my words, LAME, World of Warcraft videos, but after a while real life took over and YouTube faded away from me (again..).

Recently, my channel got revived, with the intrest of playing games, editing videos and just having fun in general taking over. So alongside working as an IT Technician, I am once again back on track and I intrend to stay this time!

I do believe though that I, as a video creator have far more fun than you who are watching, but hey, that's the reason I do it in the first place, it's great fun, and I hope you will join me and my friends on the path to awesomeness! (Don't get me wrong, you are all already awesome, but with us, you will become awesome with a Twist!) Twist, get it? Hoho, I am so lame..